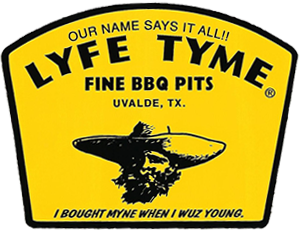 Mix thoroughly in small bowl. Mixture can be doubled for cooking more fish.

Grilled Oysters on the Half Shell

Oysters can be purchased by the bushel, unshucked, for about 1/3 the price of shucked oysters and have a much better flavor.

Wash oysters and place on grill in the shell. Cook at 250° for approximately 15 minutes. Oysters will open themselves and have a slightly smoked flavor. Sprinkle with salt and pepper and serve on the half shell.

A variation to this recipe is to break off the top of the oyster after it has cracked itself partially open and put a small amount of spaghetti sauce on the oyster and sprinkle with mozzarella cheese; then return it to the grill until the cheese is melted.

To prepare flounder, score very lightly to form a diamond pattern. With sharp knife make a slit down the center of the dark side. Turn knife flat and slice along ribs to form a pocket. Salt and pepper and set aside.

A mixture of one-part crab meat and one-part shrimp can be substituted.

Saute celery in a small amount of cooking oil for a few minutes. Add onion and bell pepper and saute until tender. Add bread and simmer for 30 minutes, stirring occasionally. Add ½ pound of medium shrimp cut into 1/4 inch chunks. Cook until shrimp is pink.

Stuff pocket of flounder with stuffing mixture until full, forming a mound in the middle. Sprinkle with paprika. Put flounder on aluminum foil folded at the edges and place on grill at 300°. Baste occasionally with basting mixture until flounder has reached a golden brown. Serve piping hot on a heated plate.

Peel and devain shrimp. Place in foil pan and sprinkle with Tony Chachere’s Creole Seasoning. Cook on grill at 225-250° for about 30 minutes, turning once.

Make a pan from heavy duty aluminum foil and place on the grill. Pour oysters into pan, do not wash oysters. Sprinkle with Tony Chachere’s (Sash-er-ee) Creole Seasoning. Cook on pit at 250° for 15 minutes.

Oysters in a Blanket

Drain oysters and salt and pepper. Cut bacon strips in half. Tightly roll oyster in half strip, turn and roll in another half-strip to form a square. Pin with toothpicks and cook on grill at 250° for about 45 minutes.